Home / Best Psychic Tips / Signs You Might be an Empath 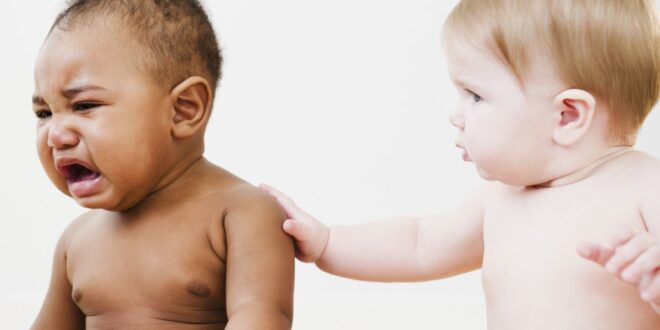 People that are empaths are very emotional and that means that they are able to easily connect with other people. They are able to understand and read emotions of others and they have a personality that allows others to want to be around them.

This can be hard for people that are empaths at first because they have to deal with the mood changes and the anxiety that they will feel from the emotions other people have.

Empaths see the world different than other people and if you are an empath, know that you are special and that you how power to help others.

There are many signs that you can see that might help you to know if you are an empath or not including:

An empath has the uncanny ability to be able to know when someone is not telling the truth and what someone means behind the scenes.

Someone that is an empath is able to take the conversation with others to a new level. They are able to talk to someone and listen to their most painful feelings and stories.

These things can allow the empath to build trust with others and to be able to help others to stop hurting themselves.

When someone that is an empath goes to a crowed place, chances are they will feel overwhelmed and might even have panic attacks. This happens because they pick up the emotions of others rather, they are positive or negative.

An empath will be able to tell if someone has emotional and physical illnesses just by being in the same room with them. This can cause them to get caught up into the emotions.

Empaths will experience both good times and bad times and sometimes they will be happy and then all of a sudden, they will be angry or sad. This can cause them to feel depressed and to not understand their own emotions.

Just because someone is strong in their emotions does not mean that they are narcissist or anything like that but that they are just able to pick things up easier.

Empaths have a hard time dealing with violence on the news, on movies and in real life. They hate knowing about abuse and any kind of mistreatment because they can become physically and emotionally ill due to it.

One way that they can cope with this is by disconnecting from the radio and the news for a while and doing other things instead.

There is so much energy that is going on in the world that an empath can become overwhelmed due to their sensitivity. They have to learn to deal with it or they can become sick in their body or mind.

An empath has to learn to have a balanced life in order to be well and to not get sick.

Empaths are drawn to other people and especially those that are hurting. They have a gift to help others and this can cause them to be tired all the time.

They must take time to reenergize and to make sure that they take time for themselves.

Addiction is one thing that empaths often fall into because they are overly sensitive, and they pick up the feelings of others like a sponge. When this happens, they often want to make sure that they are numbed and that they don’t have to deal with these problems and so they have addictive behaviors to make them feel better.

An empath often has a healing career such as a doctor or a therapist. They are also often practitioners of holistic healing and they are often there to help others.

Being an empath worker can cause them to become overwhelmed and they need to make sure that they stay strong and grounded or they walk away from that kind of career.

Empaths want to know what truth and they is wanting to understand life. They want to get answers and to be able to grow in life.

An empath has a hard time understanding their own spiritual being, but they often are swayed by religion. They look for things in their lifetime that make them feel good.

These people are often drawn to different cultures. They listen to universal laws and they pay attention to what is going on around them.

These people are often listeners from a young age of things that are passed to them from generation to generation. They want to know who they are and where they come from.

They know their family tree and they love memories and photographs, and these are important to them. They love to share this knowledge with their families.

Empaths love to be creative and they love to do new things. They often are poets or artists. They are able to tell a story through their creativity.

These people love pets, and they love animals. They are against mistreatment of animals and they love being outdoors and looking into nature.

Empaths love to swim and be out in the rain. They know that water can bring healing and help them to reconnect and they take time in the water for this.

Even though an empath is meant to help others, and they often do, they need to have time to spend alone and to be in a quiet area.

This means that the empath might want to just lay in bed reading or knitting.

They love to do things that are adventurous such as to travel and find activities close to them that allow them to leave the world behind them for a while.

Empaths hate clutter and it can cause them to feel more stressed than they do. They have to put their furniture away and make sure things are put up around their home.

Empaths often follow a routine, and they get bored when they have to follow too many rules. These people know that they cannot do everything, and they are always wanting to change things up so that life does not get boring.

There is so much energy that an empath has that they love to live a fulfilled life. They love to explore their energy and they do everything they can to make things better in life.

Empaths hate conflict and they want things to be peaceful and resolved. They will take the role of a mediator if they have to.

They love others and they respect people and cultures, and they hate things like racism. They want to be able to live with all people and they will advocate for others.

When an empath holds things such as a blouse or a piece of jewelry, they are able to pick up the energies off of those items.

This can be hard for those that are very sensitive and even though they will be drawn to these things, they sometimes need to refrain from thrift stores.

Lucid dreaming is important, and this is one way that someone can talk to their spirit guides when they are sleeping. An empath will have dreams that are very vivid, and they will often learn to control their dreams.

They will want to know what their dreams mean, and they will seek to find someone to guide them. They often experience out of body dreams or astral dreaming.

Empaths want to love and want others to love them. They look to find people in their lives that love them and that will be good to them.

They often think they are selfish for loving themselves, but they refuse to be caught in different kinds of drama or fights because they want there to be peace.

They will be frustrated and upset when there is conflict that cannot be solved.

They will focus on their energy and they will look for answers until they find them.

Pendulum Psychics Blog Moderator
Previous Create Your Pendulum and Divination Board Today
Next What Does it Mean to Be Spiritual? 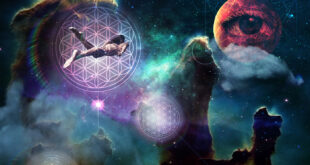 How to Know if Your Spirit Guides Are Mad at You

Are you someone that is always judging yourself? Maybe you feel guilty about things that …